A Pivot to a Clean Energy Future: United States 2030 Climate Goals Back in Reach

The whiplash on Capitol Hill last month was both widespread and stunning. The exhausted Senate staffers who despaired earlier in July when Senator Joe Manchin seemed to have dealt any hope of climate legislation a death blow, cheered triumphantly when Senate Majority Leader Chuck Schumer announced that the bill had risen from the dead. A series of intense and, at times, heated closed-door negotiations between the Senate Majority Leader and his colleague from West Virginia had finally yielded a deal in the form of the Inflation Reduction Act of 2022, or IRA. With its passage, the United States Congress finally makes good on decades of promises to enact meaningful legislation to address climate change.

As the nation that has generated the most carbon emissions over time, and the wealthiest as measured by GDP, the United States has a crucial role to play in impacting the pace and intensity of climate change. Over the last two decades, most attempts at climate legislation in the United States focused on development of carbon pricing or cap-and-trade arrangements that rely on the imposition of fees for excess emissions. While such approaches have taken hold in the European Union and even in some U.S. states, overall American sentiment has proven resistant to such mechanisms. And as the political wrangling continued, the urgency of the climate crisis grew more dire.

The IRA transforms the landscape, demonstrating that the U.S. is serious about making good on its pledge to reach net zero by 2050. The Inflation Reduction Act rewards innovation, and it eschews complexity in favor of pragmatic, on-the-ground solutions including direct funding aimed at building renewable energy capacity, encouraging innovative solutions in climate tech, and reinventing longstanding frameworks for traditional industries ranging from agriculture to construction.

The legislation includes significant direct funding and loans, along with a wide range of individual and corporate tax incentives. The spending is funded largely through a 15% corporate minimum tax and a 1% excise tax on stock buybacks, along with an anticipated crackdown on tax evasion. Most of the bill’s funding initiatives begin in 2023 and remain in effect for 10 years, which will allow time to test different approaches and adjust plans where necessary. With its passage the world’s chances of mitigating climate change’s worst impacts, and adapting to others, improved markedly.

Perhaps the most eye-catching parts of the legislation are the sums dedicated to encouraging the growth of climate-related innovations at firms ranging from the Fortune 500 to the smallest startups. From sustainable aviation fuels to hydrogen fuel cells, this legislation has the potential to completely change the rules of the game in climate tech. Primarily through the expansion of investment and production tax credits, the IRA also encourages wind and solar infrastructure as well as industrial-scale energy storage technology. Along with high tech solutions, the IRA provides dramatically increased funding for climate-friendly programs to conserve forests and farmland and to expand research into improving the climate impacts of agricultural production processes. Carbon capture and storage (CCS) will also receive significant boosts via research and direct investment. While the technology behind CCS is still imperfect – much of it is still experimental – this level of federal support may be enough to build industrial-scale viability.

Much of the legislation’s impact will stem from strengthening standards for emissions and energy efficiency in three areas that touch every American life: electricity usage, vehicle emissions, and building efficiency. To qualify for the IRA’s corporate tax incentives, utility companies must adhere to new standards for emissions and efficiency in generation, and they will need to focus capital outlay on low- and zero-emissions power generation. Vehicle emissions standards are strengthened both through stipulating electric fleet vehicles and by including significant tax breaks for individual consumers when buying zero-emissions vehicles; both factors should boost EV production and help reduce their price. To encourage more efficient building standards, tax credits for housing and commercial buildings are tied to stringent rules for the efficiency of building components, water, and HVAC systems. Since electricity, transportation, and housing are the three highest categories of carbon emissions for individual Americans,  the IRA’s approach has the potential to move the needle significantly on overall emissions.

The Geography of Change

One of the strengths of the IRA is likely to be that it is designed to take root and flourish in towns and regions across the country, spreading benefits beyond big cities and boardrooms. Built on a foundation of strategic efforts intended to encourage industrial growth and transformation, the IRA’s approach appeals to a broad range of stakeholders in addition to climate activists, including blue-collar workers, small and medium-sized enterprises, homeowners, and municipalities. Importantly, the environmental justice components embedded in many IRA provisions endeavor to ensure that local communities don’t suffer unduly from ill effects of any manufacturing, infrastructure, or extractive activities initiated or revived due to the legislation. The IRA includes provisions to monitor and alleviate disproportionate impacts on disadvantaged communities, including block grants to provide direct financial and technical assistance to address air pollution and climate resiliency. Further, the law includes provisions to assist coastal communities as they navigate the challenges of rising sea levels, and to help urban communities find ways to mitigate the effects of heat stress.

The legislation also includes provisions likely to spark disagreement. Although centered on the expansion of clean energy, the IRA also includes support for the continuation and even the expansion of reliance on more traditional energy sources. The oil & gas industry will recognize opportunities in the bill, such as provisions meant to assist LNG distribution by easing the way for pipeline completions. The bill also ensures that lease auctions for new oil & gas exploration and development on federal lands will continue, causing consternation among environmental activists and some other stakeholders.

There is almost certainly going to be disagreement about what the bill intends, how it is implemented, and the potential impact of some of the IRA’s bolder initiatives aimed at encouraging a net zero future. For instance, the legislation encourages the onshoring of manufacturing, particularly for the EV battery value chain, by offering the bulk of tax credits only for processes occurring in North America. The enormous task of relocating EV battery manufacturing to North America could benefit U.S. mining and manufacturing companies but critics have been quick to question the environmental and social impacts this would entail, particularly the need to establish or expand mining operations. The bill also revives a long-simmering discussion over the role of nuclear power in America’s clean energy future, both by incentivizing zero-emission nuclear power and by delaying the expected retirement of certain aging nuclear power plants.

Because the legislation targets industry sectors differently, it has the potential to create challenges for particular companies or industries as they adapt to new expectations. For instance, new standards for efficiency have the potential to change practices in construction, utilities, transportation, and other sectors.

Other provisions offer benefits and potential challenges simultaneously. For example, the IRA includes $1.55B of funding to help the oil and gas sector monitor and reduce methane emissions, while simultaneously imposing fees for any company found liable for methane emissions that exceed newly defined thresholds. Many provisions, such as support for electric vehicle infrastructure or homeowner incentives for installation of energy-efficient heat pumps, have the potential to shift consumer demand, itself by far the largest force in the U.S economy. And the domestic coal industry, while currently experiencing a mini-boom due given the unique current global energy supply landscape, looks likely to be hard hit by the end of the decade as the IRA’s incentives shift demand towards cleaner fuels.

For some companies, the passage of the IRA might prove to be a moment for executives and decision-makers to reassess approaches and consider changes. Within certain sectors, now could be an opportune time for management teams to evaluate whether they are ready to respond to a changing landscape for doing business. 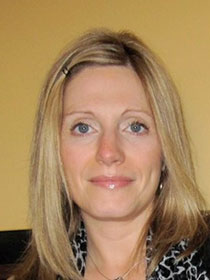 One clear beneficiary of the IRA will be companies focused on the development of climate tech innovations and the expansion of clean energy capacity. Along with direct federal support via grants, loans, and tax credits, massive increases in research funding hold the promise of new solutions. Further, the IRA encourages private investment capital to flow into the sector through the development and support of Green Banks and technology accelerator programs around the United States. These arrangements are anticipated to create multiplier effects in private markets, with the expectation that it can leverage direct investment by 3x or more. Finally, for automakers and other manufacturing sector industries, the IRA offers opportunities for those firms agile enough to adapt and innovate to bring new products and services to market.

The IRA offers an extraordinary opportunity for climate-related innovation for companies in a range of sectors. The next step for anyone wanting to tap into these opportunities will be to translate these new initiatives into business plans and management approaches.

Much debate has taken place on whether the Biden administration will deliver a response to the climate challenge on the scale of that famous twentieth-century overhaul of government, the New Deal. While the Build Back Better bill that preceded the IRA (but failed) was New Deal-like in its ambition, the IRA has more limited scope. However, in one important way, they are similar: they both contain a good deal of experimentation. The successes and failures in the IRA will only become evident as it moves from Congress out to the nation. It's now the responsibility of American corporations and individuals to recognize the opportunities provided by the IRA, transform those opportunities into action, and propel us into a climate-friendly future.